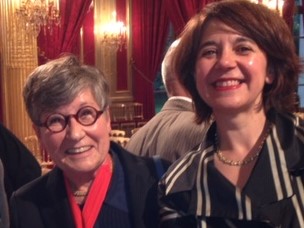 I first met Françoise in 1995. As the person responsible for the activities of CEMR’s Committee of women local and regional elected representatives, we had invited her to speak as an expert at the conference being organised by CEMR in Dublin (assembling more than 600 women local and regional elected officials from 32 countries). This was the start of a very productive collaboration resulting in many major achievements for CEMR and great personal satisfaction for myself. Meeting Françoise was a watershed moment in my professional career.

Françoise Gaspard is a “triple threat”, holding degrees in history, political science and public law as well as being a graduate of France’s ultra-prestigious Ecole Nationale d’Administration. She also has wide-ranging political experience as an elected official: mayor, member of the European Parliament, member of the French National Assembly and regional councillor.

After holding office at the local, national and European levels for twelve years, Françoise Gaspard decided to get back into research. She was a lecturer at the EHESS (Ecole des Hautes Etudes en Sciences Sociales) in Paris and was associated with the Centre d’analyse et d’intervention sociologiques (CADIS, a research centre) and the laboratory of the French National Center for Scientific Research (CNRS) from 1990 to 2008. In January 1998, she was named Representative of France to the UN Commission on the Status of Women. As well as being an Expert on the CEDAW Committee from 2001 to 2008, she was also the Vice-Chair of this Committee in 2007 and 2008.

SC. You are a committed feminist who has worked tremendously to advance women’s rights in Europe and all over the world. In March 2020, the United Nations will be celebrating the 25th Anniversary of the Beijing Conference, the leading global congress on the status of women in the world: which in your opinion are the most serious issues that require immediate action?

F.G. There are so, so many! First, I would mention the violence against women in armed conflicts. This issue falls under one of the twelve areas of concern set forth in the declaration and action programme adopted by 189 States in Beijing in 1995. In 2000, I took part, as part of the French delegation, in the drafting of the United Nations Security Council (UNSC) Resolution 1325 on Women, Peace and Security. The violence inflicted against women in conflicts and in their aftermath is regrettably something we still face today. Moreover, while UNSC Resolution 1325 requires the inclusion of women in any conflict resolution process, at the end of 2018 the Director of UN Women pointed out that “women constituted only two per cent of mediators, eight per cent of negotiators, and five per cent of witnesses and signatories in major peace processes. Only three out of 11 agreements signed in 2017 contained provisions on gender equality, continuing last year’s worrisome downward trend. Of 1,500 agreements signed between 2000 and 2016, only 25 raise the role of women’s engagement in the implementation phase”.

Sexual violence and feminicides as well as inequalities in all areas of social and economic life remain pressing preoccupations.

Of course, the fact that we are also far from parity in economic and political life at the global level goes without saying.

SC. What do women in Europe still need to accomplish today?

F.G. It is precisely this question of equality in representation where a vast disparity between EU members can be observed. While Sweden has a national assembly that has practically attained parity, many countries have not even broken the ceiling of 25% elected women (Greece, Cyprus, Malta, Ireland, Lithuania, Romania, Slovakia, Slovenia). Just as important however is the fact that European women continue to face discrimination in the labour market, especially in terms of wages. “The European Union is moving towards gender equality at a snail’s pace”, states the European Institute for Gender Equality (EIGE) in its 2019 report.

SC. In what way can international cooperation help in advancing the situation of women in the world?< /p>

F.G.There is no easy answer. First, I believe that the supranational institutions need to have a high-level unit dedicated to equality. This is already the case of course with UN Women, a commission on women’s rights that meets annually, backed by a committee of independent experts responsible for monitoring the degree of compliance by the States that have ratified the Convention on the Elimination of All Forms of Discrimination Against Women (CEDAW), which was adopted by the UN General Assembly in 1979. However, I am not certain that the organisations grouping together the States at continental level have such a structure at their disposal and, if they do, that it is capable of playing its role effectively. As far as the European Union is concerned, the rights of women are no longer overseen by an entity as effective as the ones in the 1980s and 90s. It is also worth noting that, even when the major State summits include the issue of gender equality on the agenda, as was the case of the 2019 G7 held in Biarritz, it is never the subject of any final resounding declaration. Perhaps the “family photo” of the heads of State and government participating at this summit can provide some insight into this almost complete silence: only one woman leader is present, Angela Merkel.

SC. What is the role of local government in this context?

F.G. It is within the municipality, regardless of size, that our ideas relating to equality are cultivated and so the way in which local governments are managed can play a major role in this regard.

SC. I would like to ask you two personal questions. First question: I had the immense pleasure and privilege of working with you for many years through CEMR (www.ccre.org) where I was able to build up the activities of CEMR’s Committee of elected women, thanks in no small part to your invaluable assistance and expertise. Which achievement stands out to you as the most important? What have you taken away from this work as part of CEMR’s network?

F.G. The work that we accomplished together at CEMR was very rewarding to me. I will first respond to the second question: the exchanges with women elected representatives on the ground in so many European countries was unbelievably rewarding. Alongside these local women actors, we were able to measure in numbers how the dimension of gender equality concerns all areas of municipal life and could compile examples of good practices to establish a methodology allowing local elected officials to take action in turn. The wonderful document An Equal Town is the result of this direct dialogue in the field. It remains a sort of catalogue of measures to enact in view of ever greater equality.

The European Charter for equality of women and men in local life published by CEMR in 2006 is undoubtedly the biggest achievement and the culmination of years of work. This Charter was adopted by more than 13 000 local governments in 31 countries from greater Europe and triggered a wave of adoption of grassroots gender mainstreaming policies. I have had the honour and pleasure of being invited by major cities all over Europe to help local elected officials, women and men, in implementing their plan for gender equality.

Nevertheless, the changes in the majority at the municipal and regional levels following the recent election may put any plans on hold. This is where the usefulness of having created the Observatory of the European Charter, in 2012, can be seen.

SC. What message would you like to convey to young women today?

F.G. I admit that I feel a great deal of affinity and admiration when I look at the next generations. The now global #metoo movement that was started by a few individuals to fight back against sexual harassment seems like a natural fit for making headway against one of the most despicable forms of male dominance. I am convinced of this. This struggle is an extension of the movement for parity. I wish them all the best and that they take it even further into all areas of professional and political life! 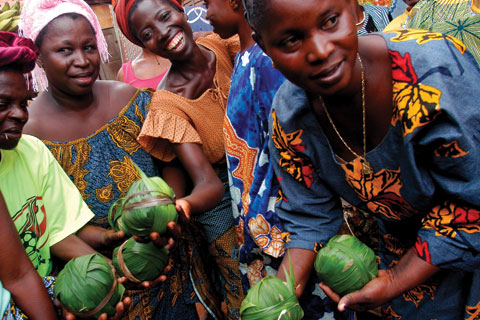 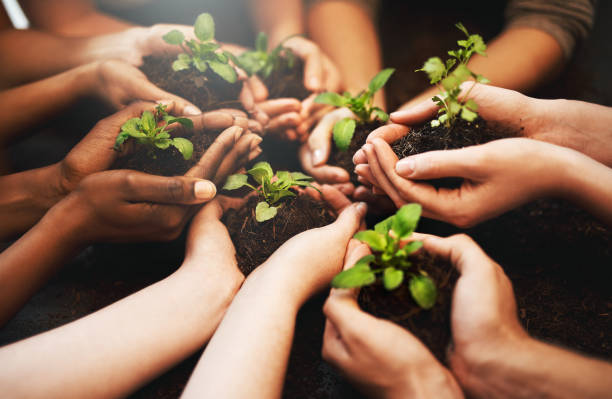 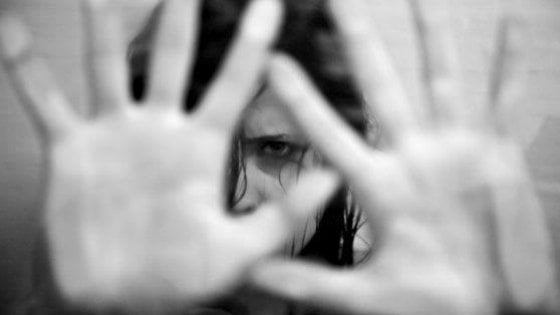 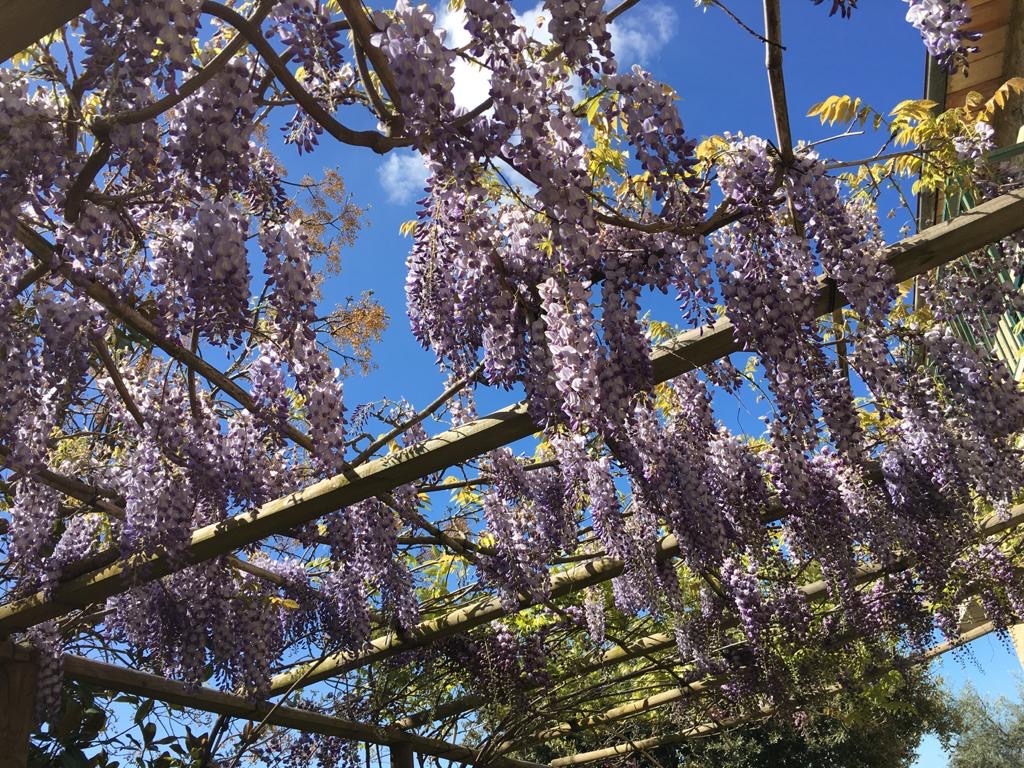 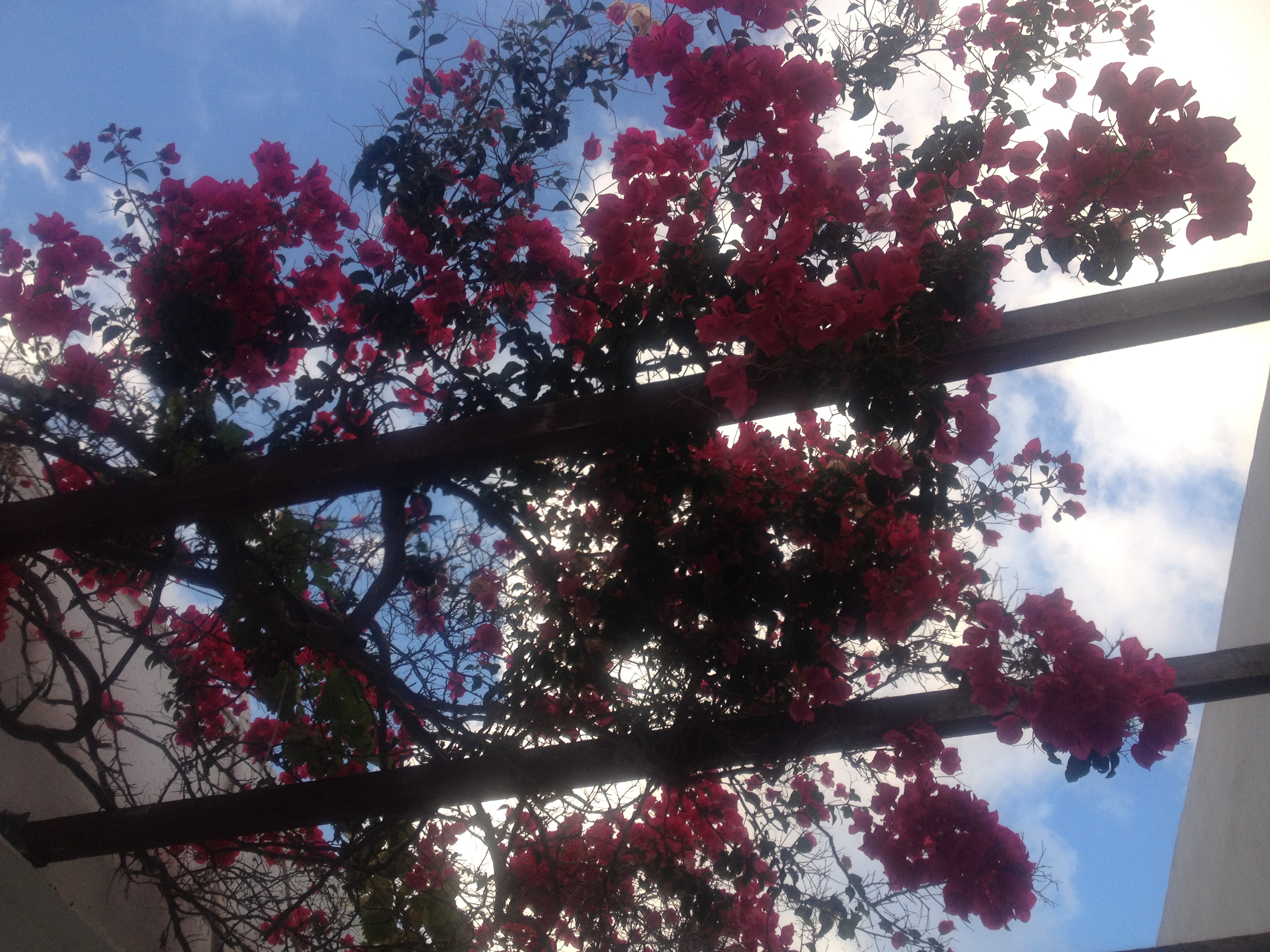 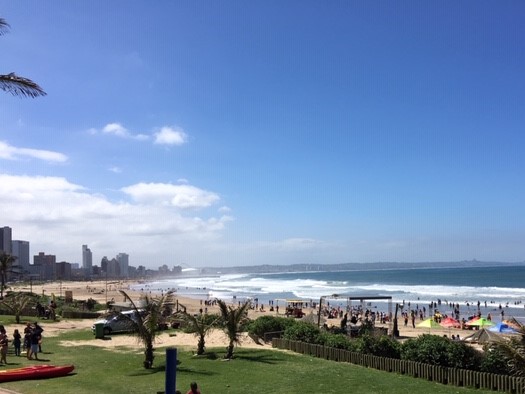 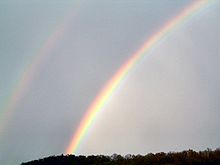 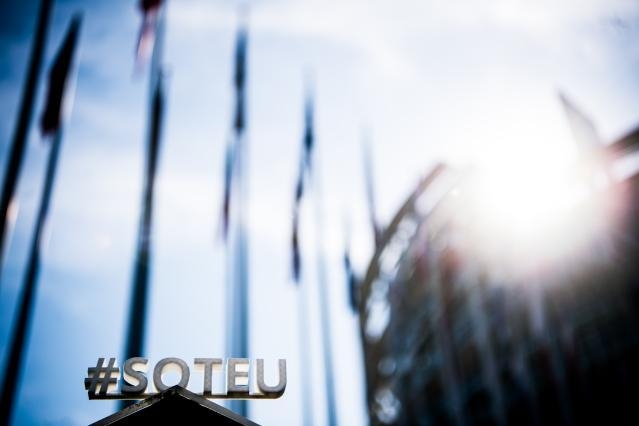 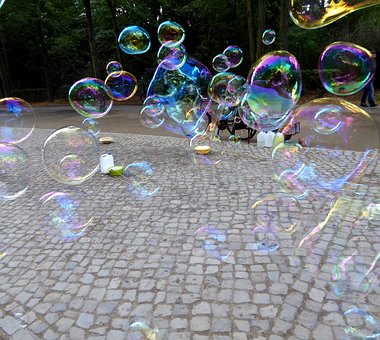 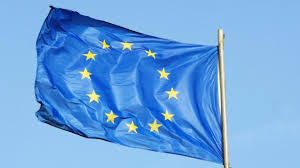 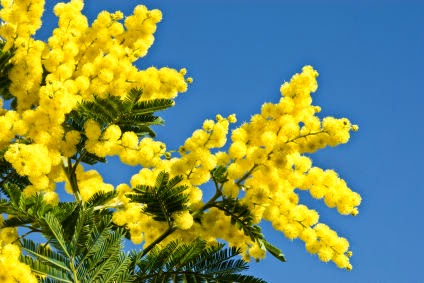 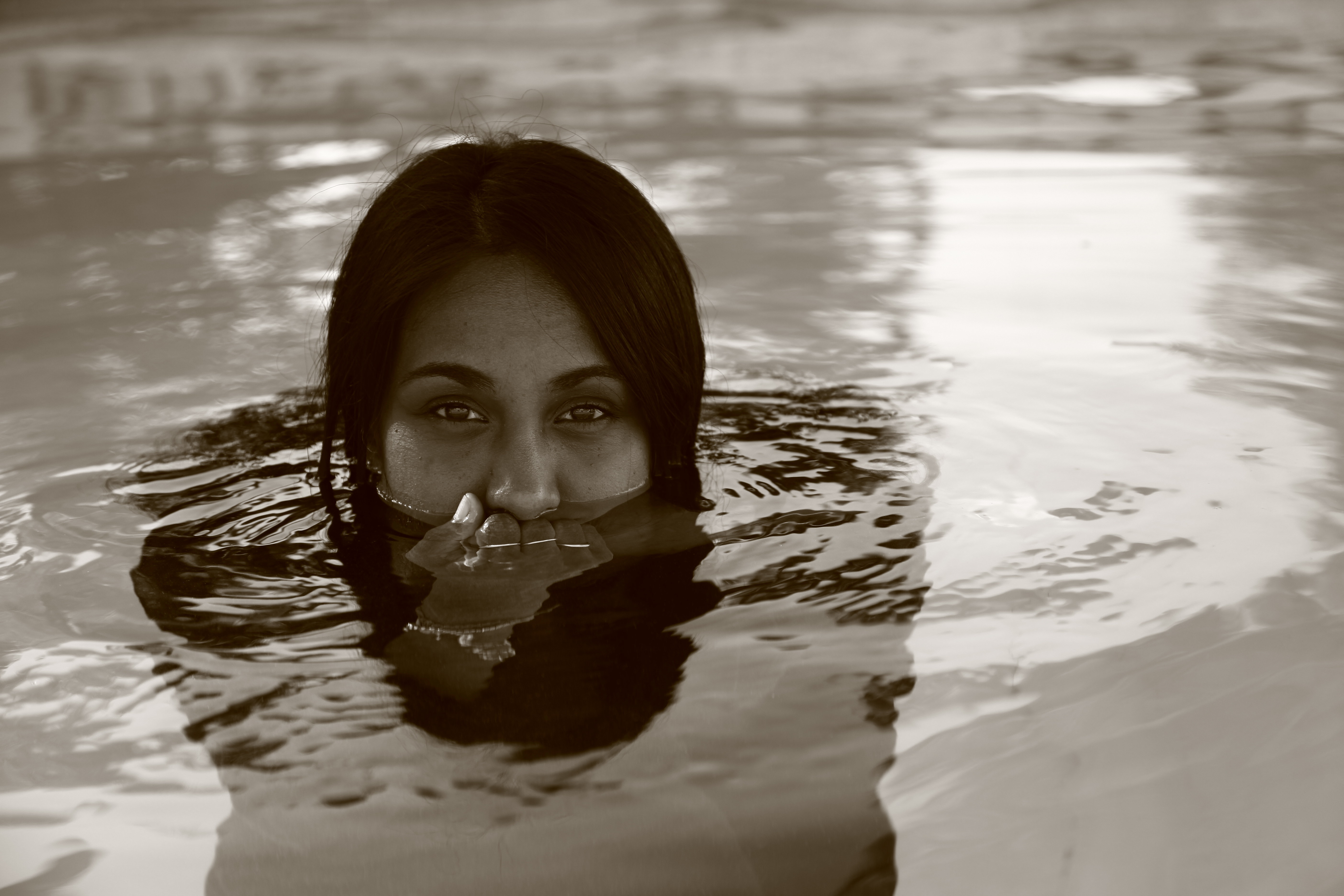 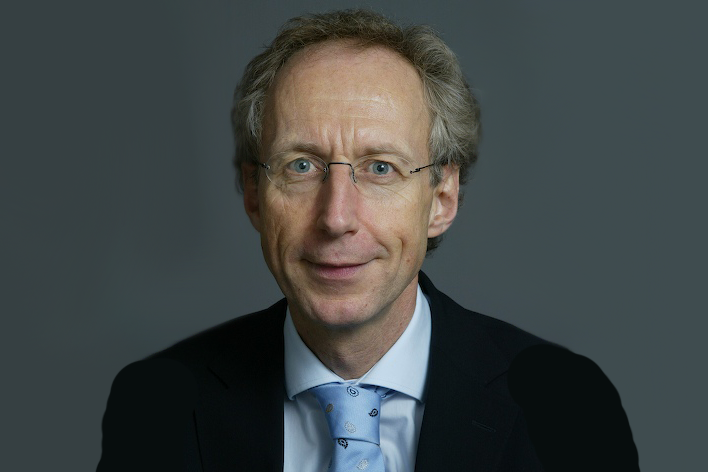 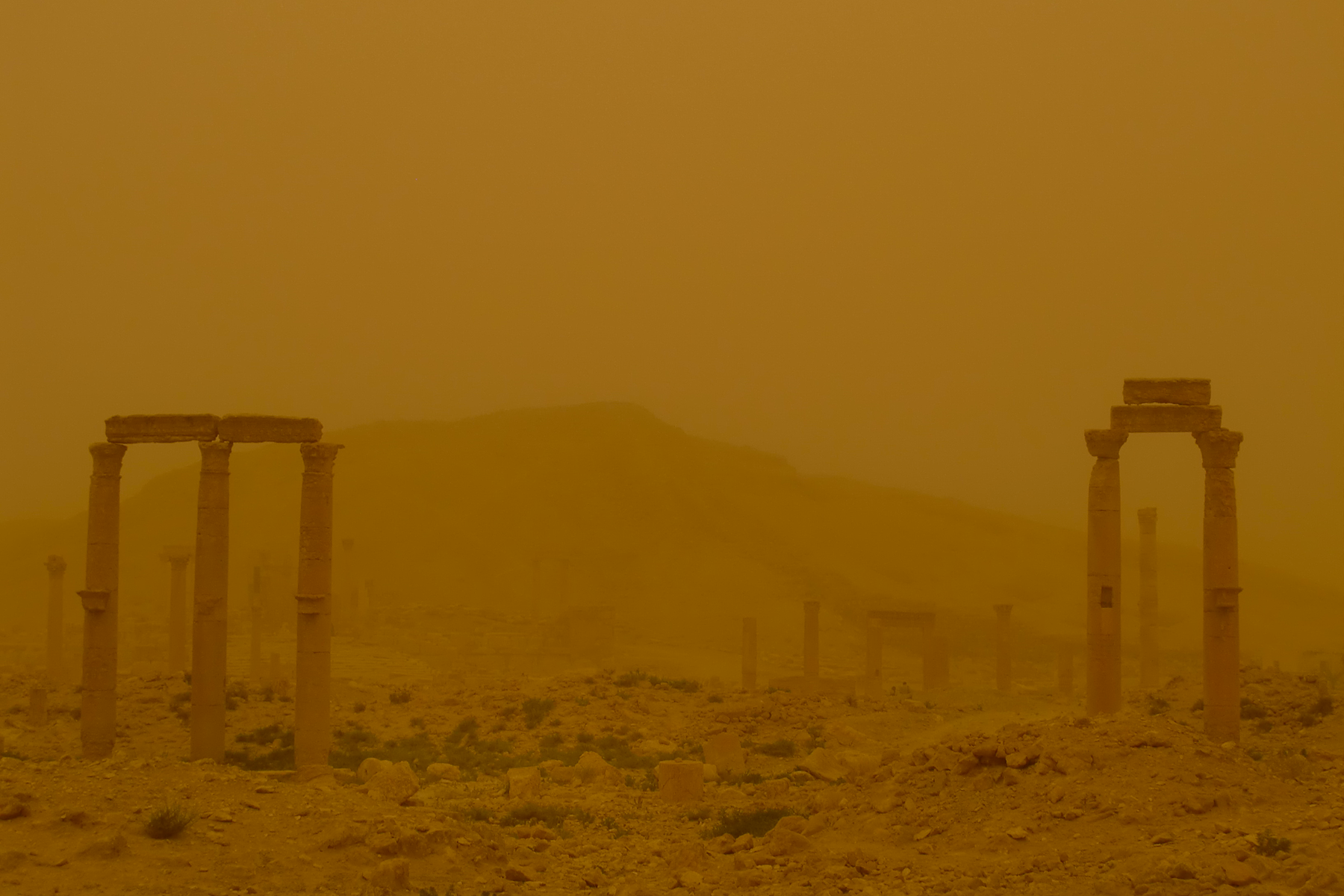 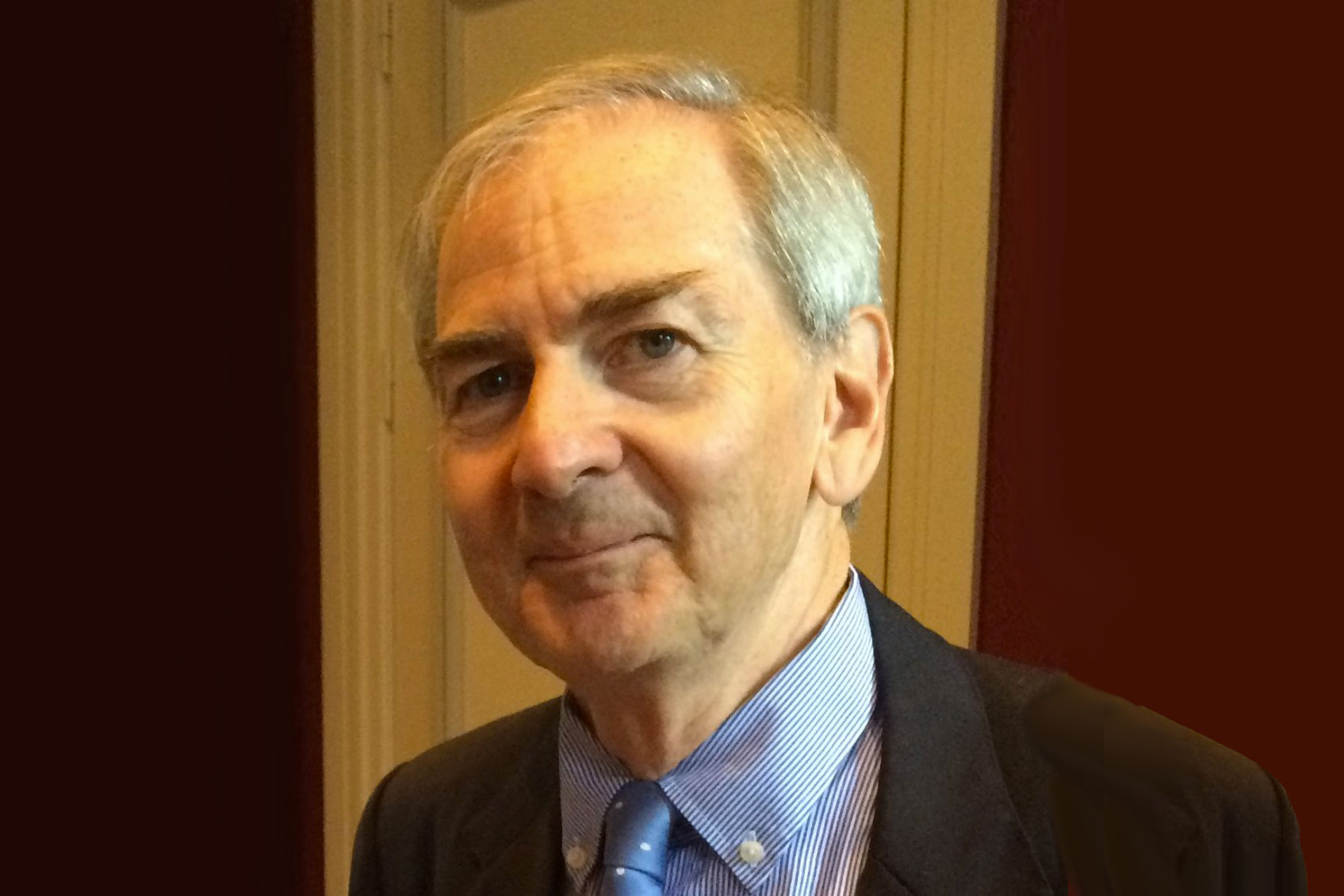 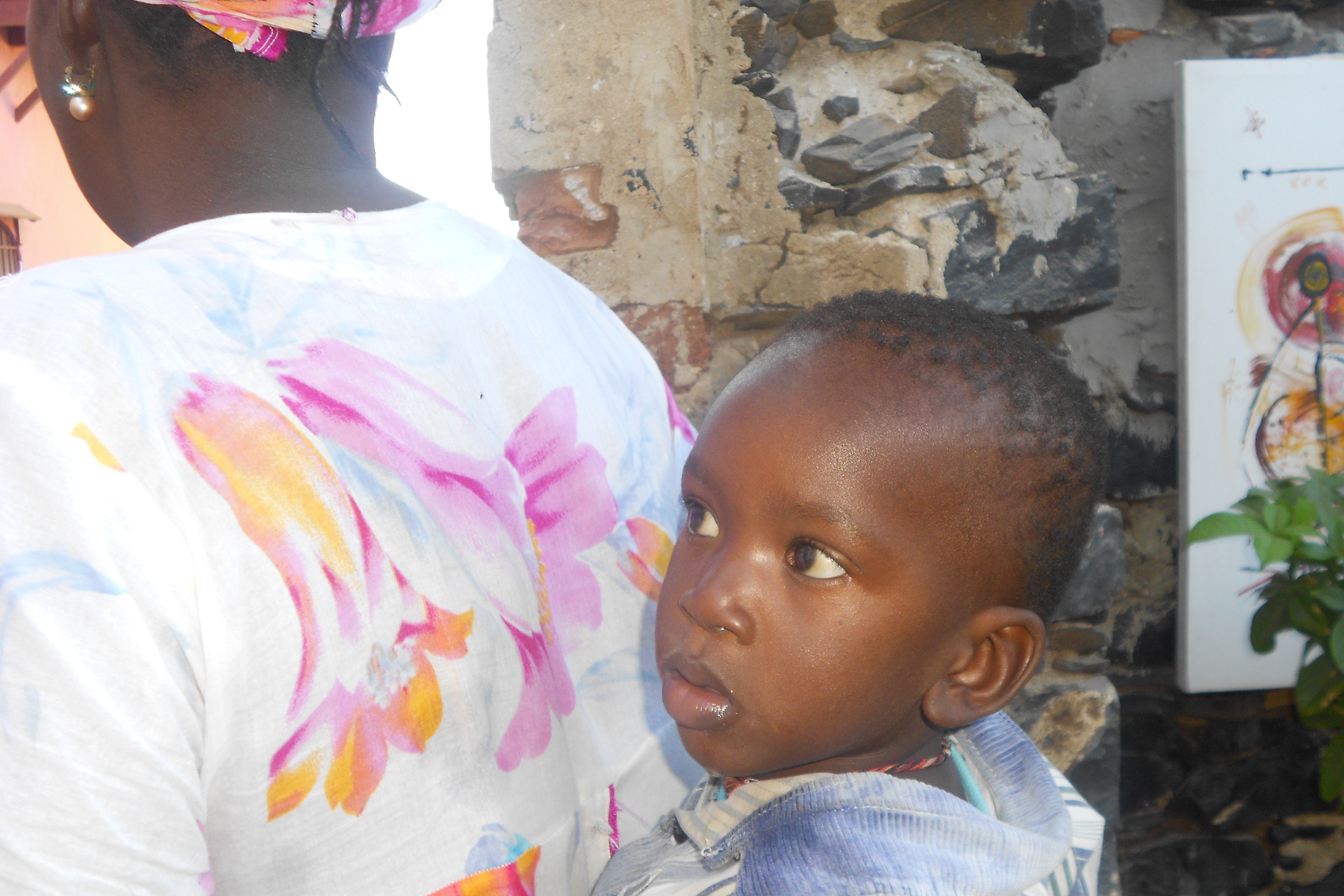 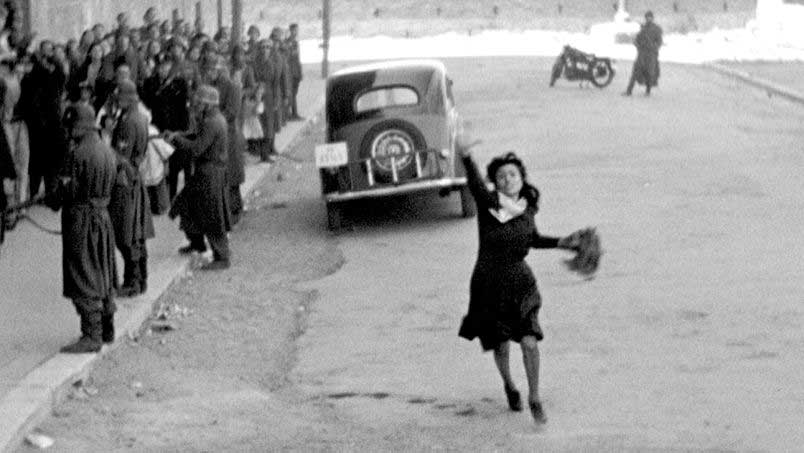 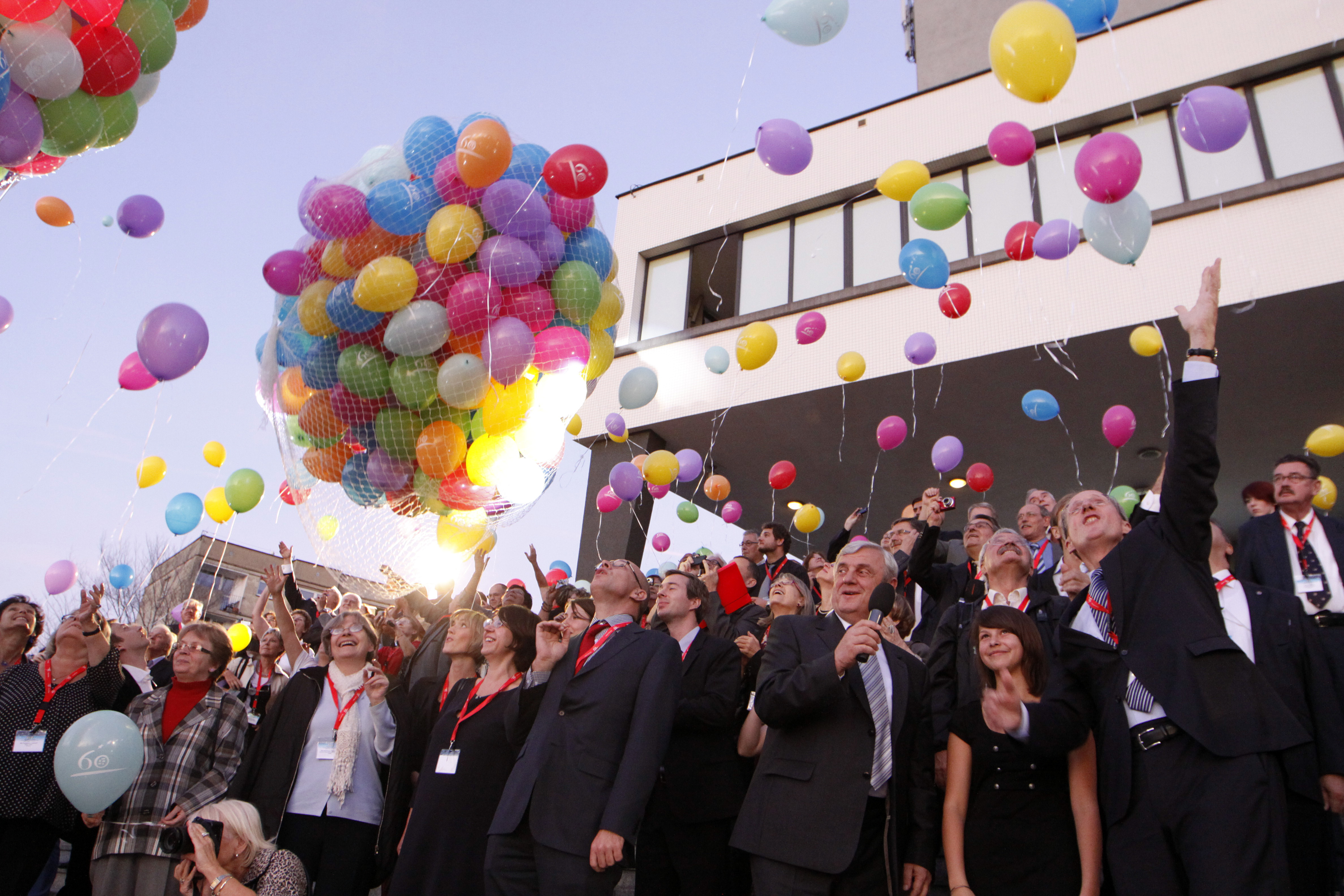 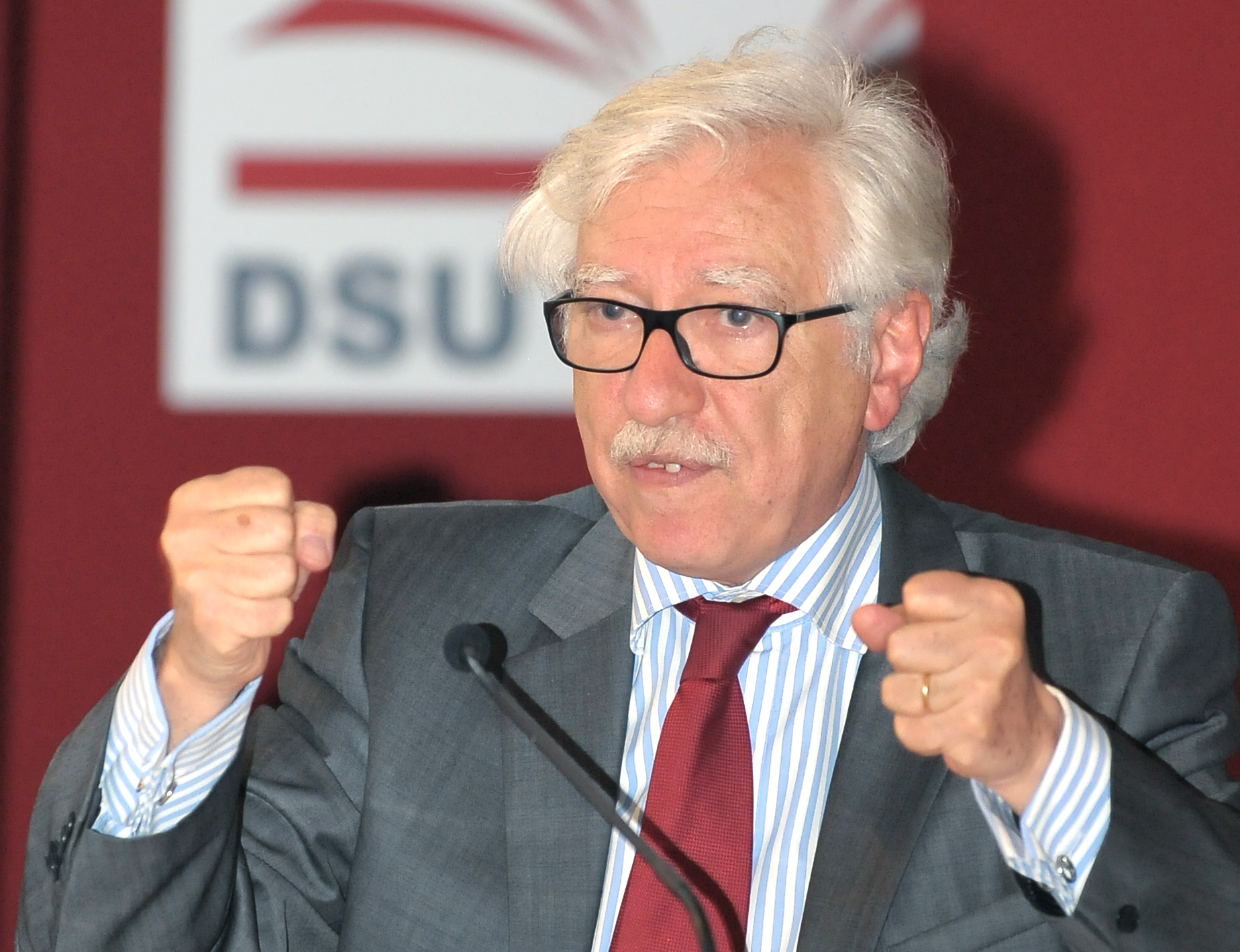 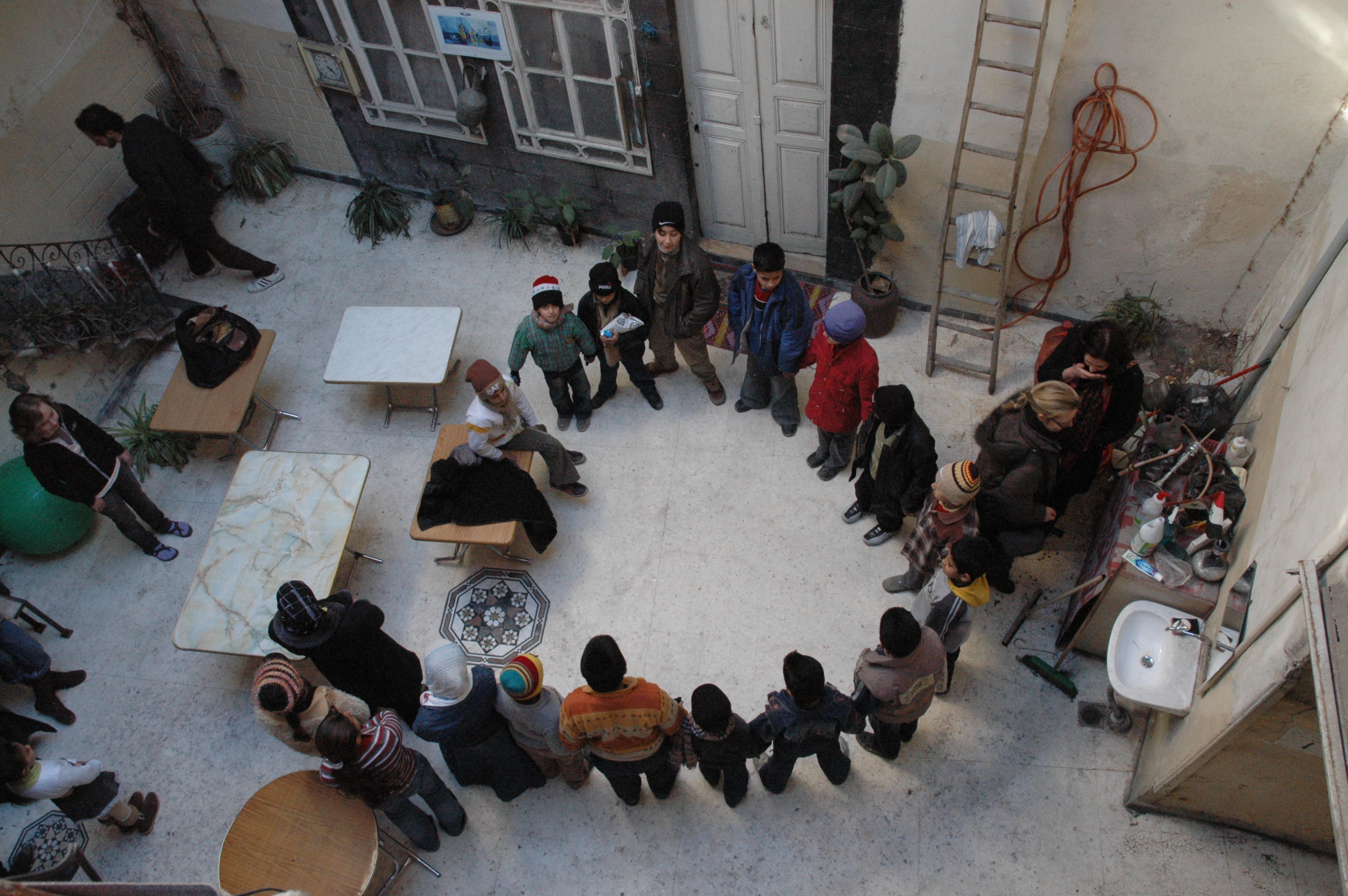 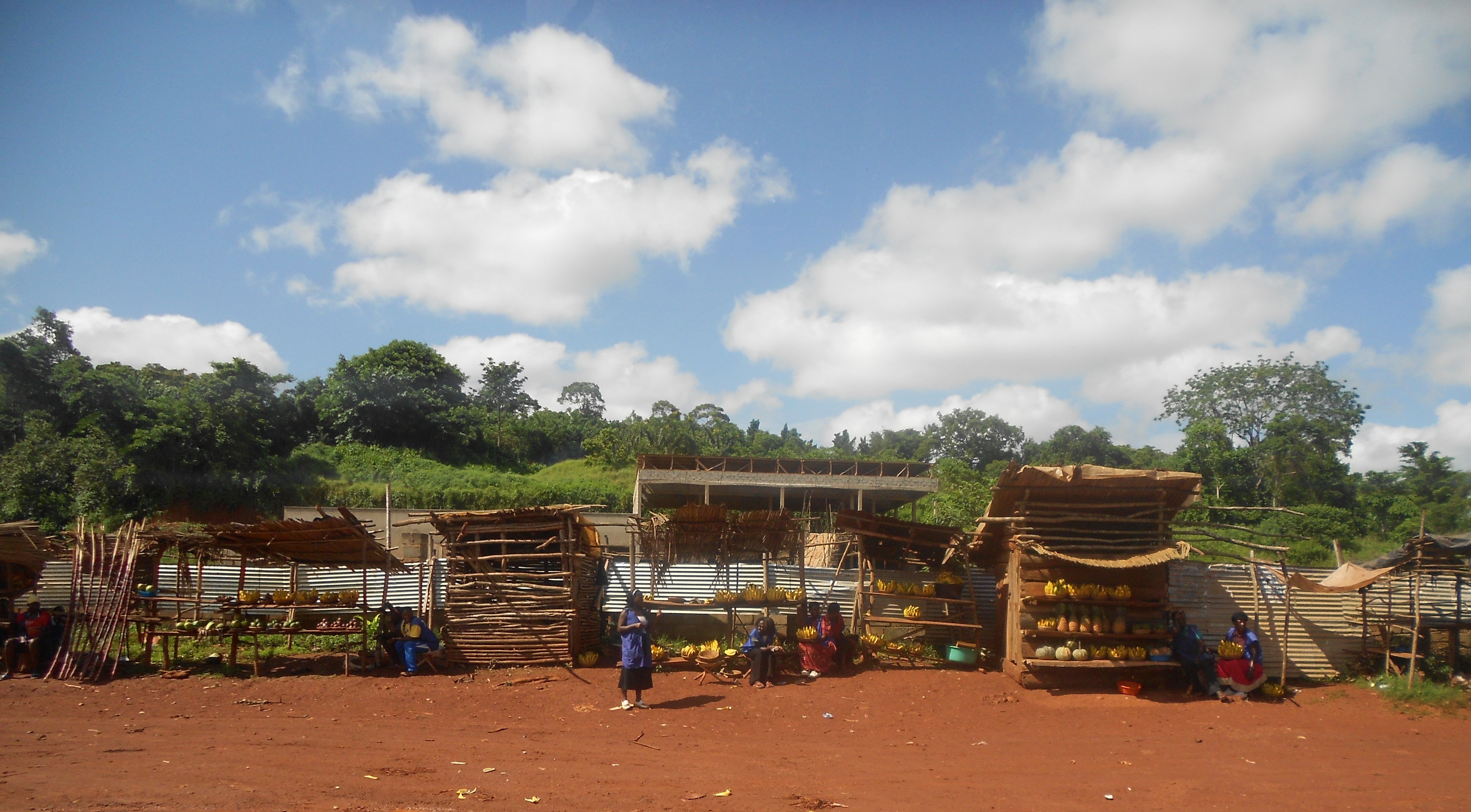 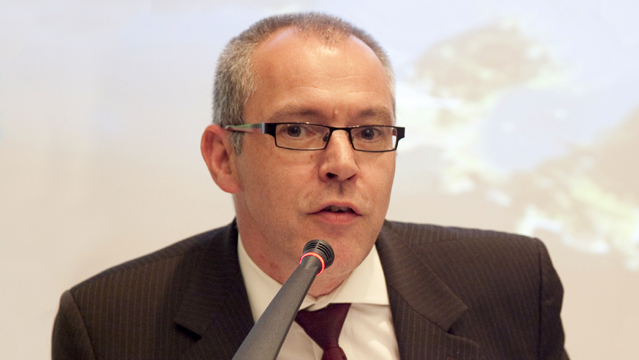 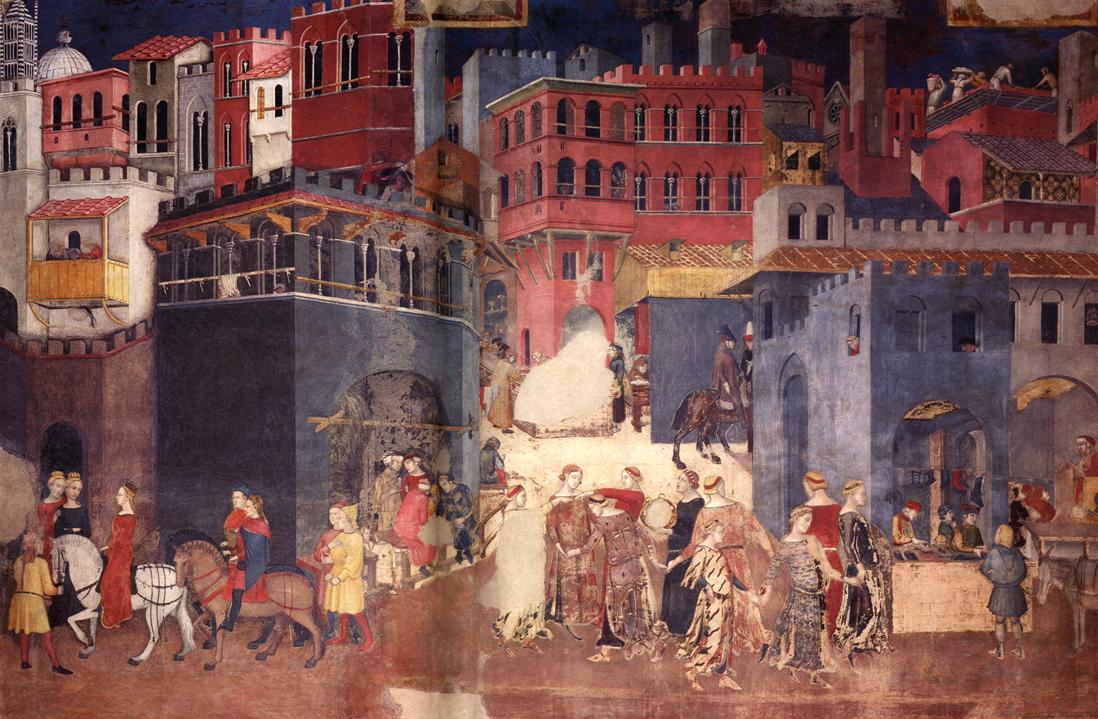